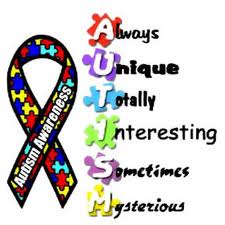 “Autism”, “Aspergers Syndrome”, “Autism Spectrum Disorder”  are
becoming  well known terms these days and there seems to be an
increase in autism cases as well. But what is Autism Spectrum Disorder
(ASD) really? When a child starts showing signs of “weird” behaviour
they are often labelled too quickly as “Autistic” and labels such as
these can raise big concerns within a parent.

The following article will give you information about: What is Autism,
The causes of Autism, The prevalence of Autism and other frequently
asked questions related to Autism.

Autism is a life long journey and early diagnoses plays a tremendous
role in helping with the child’s behavioural outcome.

What Is Autism? What is Autism Spectrum Disorder?

Autism spectrum disorder (ASD) and autism are both general terms for a group of complex disorders of brain development. These disorders are characterized, in varying degrees, by difficulties in social interaction, verbal and nonverbal communication and repetitive behaviors. With the May 2013 publication of the DSM-5 diagnostic manual, all autism disorders were merged into one umbrella diagnosis of ASD. Previously, they were recognized as distinct subtypes, including autistic disorder, childhood disintegrative disorder, pervasive developmental disorder-not otherwise specified (PDD-NOS) and Asperger syndrome.

ASD can be associated with intellectual disability, difficulties in motor coordination and attention and physical health issues such as sleep and gastrointestinal disturbances. Some persons with ASD excel in visual skills, music, math and art.

Autism appears to have its roots in very early brain development. However, the most obvious signs of autism and symptoms of autism tend to emerge between 2 and 3 years of age. Autism Speaks continues to fund research on effective methods for earlier diagnosis, as early intervention with proven behavioral therapies can improve outcomes. Increasing autism awareness is a key aspect of this work and one in which our families and volunteers play an invaluable role. Learn more …

How Common Is Autism?

Autism statistics from the U.S. Centers for Disease Control and Prevention (CDC) identify around 1 in 68 American children as on the autism spectrum–a ten-fold increase in prevalence in 40 years. Careful research shows that this increase is only partly explained by improved diagnosis and awareness. Studies also show that autism is four to five times more common among boys than girls. An estimated 1 out of 42 boys and 1 in 189 girls are diagnosed with autism in the United States.

ASD affects over 3 million individuals in the U.S. and tens of millions worldwide. Moreover, government autism statistics suggest that prevalence rates have increased 10 to 17 percent annually in recent years. There is no established explanation for this continuing increase, although improved diagnosis and environmental influences are two reasons often considered. Learn more …

Not long ago, the answer to this question would have been “we have no idea.” Research is now delivering the answers. First and foremost, we now know that there is no one cause of autism just as there is no one type of autism. Over the last five years, scientists have identified a number of rare gene changes, or mutations, associated with autism. A small number of these are sufficient to cause autism by themselves. Most cases of autism, however, appear to be caused by a combination of autism risk genes and environmental factors influencing early brain development.

In the presence of a genetic predisposition to autism, a number of nongenetic, or “environmental,” stresses appear to further increase a child’s risk. The clearest evidence of these autism risk factors involves events before and during birth. They include advanced parental age at time of conception (both mom and dad), maternal illness during pregnancy and certain difficulties during birth, particularly those involving periods of oxygen deprivation to the baby’s brain. It is important to keep in mind that these factors, by themselves, do not cause autism. Rather, in combination with genetic risk factors, they appear to modestly increase risk.

A growing body of research suggests that a woman can reduce her risk of having a child with autism by taking prenatal vitamins containing folic acid and/or eating a diet rich in folic acid (at least 600 mcg a day) during the months before and after conception.

Increasingly, researchers are looking at the role of the immune system in autism. Autism Speaks is working to increase awareness and investigation of these and other issues, where further research has the potential to improve the lives of those who struggle with autism. Learn more …

What Does It Mean to Be “On the Spectrum”?

Each individual with autism is unique. Many of those on the autism spectrum have exceptional abilities in visual skills, music and academic skills. About 40 percent have average to above average intellectual abilities. Indeed, many persons on the spectrum take deserved pride in their distinctive abilities and “atypical” ways of viewing the world. Others with autism have significant disability and are unable to live independently. About one third of people with ASD are nonverbal but can learn to communicate using other means. Autism Speaks’ mission is to improve the lives of all those on the autism spectrum. For some, this means the development and delivery of more effective treatments that can address significant challenges in communication and physical health. For others, it means increasing acceptance, respect and support.

With thanks to:
Autism Speaks Inc.

Autism Speaks was founded in February 2005 by Bob and Suzanne Wright,
grandparents of a child with autism. 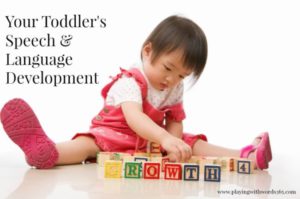 Parents often have feelings of uncertainty when raising a child, especially when it is their first born.

“A Parent’s guide to understanding speech language development” is a fantastic book to help parents better understand the process of communication development in young children.

The book is about understanding interaction, language expression and production of speech. It also gives you some ideas on how to deal with some problems you might be experiencing when interacting with your toddler as well as some red flags to look out for.

It is important to remember that each child is different and develops at his/ her own rate, but when we have some guidelines of what to expect, the whole process does not seem so daunting.

Laura Mize is a paediatric speech-language pathologist who specializes in treating young children, ages birth to three, with communication delays and disorders